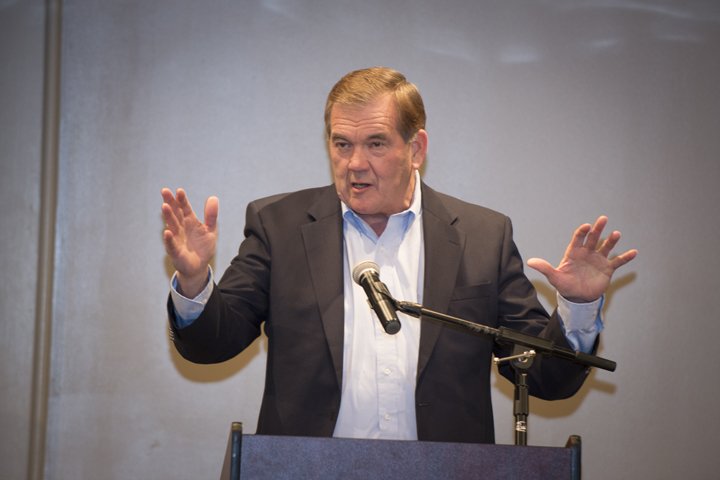 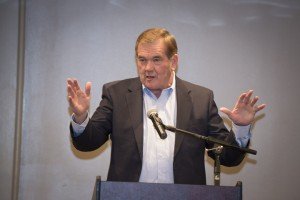 Former Pennsylvania Governor and former Homeland Security Secretary Tom Ridge held court on the Lakewood stage on a variety of topics from how to improve the United States’ position in the world to how we can better protect this country. If you were lucky enough to talk to Mr. Ridge (or “Tom” as he insisted we call him) before, during, or after brunch, you would have found an easy, down to earth person to have a conversation with.

The 110 attendees (including over 30 prospective new members) were also treated to a sumptuous meal; the Amity Board’s presentation on the Top Reasons to Be a Member of Amity (reason #2: One day you golf with Eisenberg, next time with Wollins – it’s like a Hair Club for Men commercial); intro’s of new members, and of course there was Ben. Ben Williamowsky had us in stitches as he gave the history of Amity – even “Tom” couldn’t contain himself during Ben’s discourse. During the new member intros, one prospective member mentioned seeing Ben’s father when he was a few days old (Ben’s father was a moyel for the area). “Well” quipped Ben, “if your zipper is rusty and your shoes are yellow, that’s my dad.”