Recollections of Nathan Brown
dictated October, 1990
about the origins and history of Amity Club. 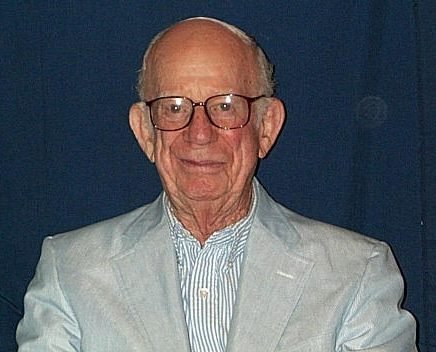 Amity Club originally adopted the name Unity Club and it commenced operating in 1924 when Coolidge was president. The most exciting thing that happened in that year was probably the Monkey Trial. Other than that, a few of the merchants, combining with a few professionals, formed Unity Club initially as a card playing club, meeting twice a month usually in the basement on 7th Street of one of the stores belonging to one of the merchants. They occasionally held affairs, once or twice a year, for the ladies and an installation party for the incoming officers.

The first installation party was held in what was then a building housing a skating rink at the corner of 18th and Columbia Road, over top of Whalen’s Drug Store. The first Master of Ceremonies was a gentleman named Nathan Caton, later becoming a judge in the local municipal court. He was a prominent member of the Bar, but apparently his membership in Amity was short lived. The original number of members in the Unity Club was approximately 50. They were interrelated and were extremely active in attending meetings. Among the charter members of the Club were men such as Mars Kafritz, Jeff Lichtenberg, Alvin Neumeier, Izzy Semsker, Normal Kal. Later on, in the 1940s and during the war, the Club was enlarged to accommodate 100 members and the meeting places changed from one hotel to another.

When the name of the Amity Club was proposed and adopted, they were meeting at the Hamilton Hotel. The format, basically, was still cards and the dinner consisted of delicatessen and other buffet dishes now known as fast food, the charge for which was 75 cents per man. In addition to card playing, however, the Club became a fun club where the members were entertained by the comedians with dialect of those days. It was rare for anyone to leave a meeting without having heard at least four or five top jokes.

In the mid 1940s, a young group of members were taken in, most of them in their 30s, and all of them who brought a sense of the need for entertainment instead of just cards. These men introduced comedians and entertainers of the day that were superstars. There would be absolutely no way this club could afford the entertainers that we had in the 40s and early 50s. One of our favorite entertainers was Myron Cohen. We also had Jackie Mason when he was a bum, and many other headliners of the day. Generally, these entertainers appeared at the installation parties that were arranged by the late past president, William Gorewitz. Bill Gorewitz had a penchant for making connections with a Baltimore agency who obtained the comedians from out of the Borscht belt. They were the best. We would have an orchestra, singers, dancers, and sumptuous dinner parties that were then talked about throughout the city, as by then Amity Club was known as “The Club.”

After being booted out of the Hamilton Hotel, the Club moved to the Washington Hotel at the corner of 15th and F Streets, NW. That hotel is still in its place and there we had more formal dinners, generally consisting of a hamburger steak dinner for the sum of $2.50, which included all the courses and, in those days, was considered a rather sumptuous meal.

From the Washington Hotel, after being “invited” to leave, we then wound up at the Willard Hotel, where the price of dinner was increased to $5 and we were then into New York sirloin strip steaks and other more fancy dishes for which the tab was $5 per man. We stayed at the Willard until 1954. At that time, Norman Kal had been elected President of Amity for the third time, incidentally, he being the only president who served more than two terms.

Norman had an advertising agency and, as I later learned, was quite anxious to move the Amity Club to the Shoreham Hotel. The Shoreham was one of Norman’s clients. At that particular juncture, I was chairman of the house committee. It was more of a job at that time because the house committee had charge with the responsibility of finding places, arranging dinners, affairs, etc. Today, of course, these chores are done by the president and anyone else that happens to be on the scene at a given time.

There was more of a systematic approach to the running of the affairs of the Club in 1954. Norman approached me, as chairman of the house committee, to see if it wasn’t time to make a move from the Willard to say a place like the Shoreham. So Norman and I made arrangements to have lunch with Harry Bliss. Harry was an enterprising banquet manager of the Shoreham and was very anxious to hustle some business and, because of the relationship to Norman, he was able to offer us somewhat the same price as the Willard charged, only with one or two more gimmicks. Those gimmicks were that we could, as a club, tap into the entertainers that the Shoreham had on a regular basis. You probably remember that all of the best singers and comedians appeared in the Blue Room of the Shoreham and very often we would slip in there and bring an entertainer in for us to entertain us at dinner. Believe it or not, we would sometimes hustle Myron Cohen for no fee to come in and entertain us. These were the advantages that the Shoreham offered.

Bear in mind, that Amity Club, in the 40s, began to become a club that entertained itself with its own members. I would judge there were no less than 25 members of Amity that could draw laughs at any given time. You probably remember that at some times we would invite 7 or 8 members of the Club who were gifted at telling jokes (including Benny Williamowsky) to come and participate in a “can you top this” evening. We not only saved a lot of money but had substantial enjoyment in watching the home talent perform.

While we were in the Shoreham, men like Hy Goodbinder, who was an extremely superior merchant, took an extremely active role in the Club and kept us rolling in the aisles for many years. In fact, Hy Goodbinder’s idea of fun would be to ride a donkey across the stage and he arranged it, did it, and had it photographed. It was a riotous play. He wrote it and he acted in it and he had plenty of assistance from the aspiring actors of the Amity Club. Along the way, I don’t want to forget younger men like Wyn Cal, Bennie Williamowsky, Joe Kipnis, and a large number of younger members that made this Club tick with humor all through the 50s and into the 60s.

I say that because all of the evenings of Amity were comprised of home talent and you just never needed an outside entertainer. We made our own entertainment and, believe me, I don’t think anybody laughed any harder at those meetings than did those attendant who watched the group who put these shows on. We did many, many things at Amity but they were done on a bi-monthly basis. We met twice a month and there was always a plan for the meeting. It was never unplanned in the sense that there was no activity. If there wasn’t an initiation, it was a giveaway program. We had door prizes. We always had a gimmick to attract a member to come. He knew that he was in for a fun evening when he came to a meeting.

Then as we left the era of plays and got into golf, in a more recent vintage, unlike the clubs that we go to now, we met for golf generally at Woodmont, Indian Spring and, occasionally, a club like Kenwood or Manor. These golf outings were of interest. I can remember the one that I ran in either 1954 or 55, somewhere around then. I know that the flyers that were put out showed that the charge for the golf and the outing, which included lunch, dinner and green fees, was $6.50. Just the other day we paid $85 and I think the Club paid close to $130 or $140. So, talk about inflation, forget it–we’re going broke fast!

I would also like to back up a little bit and tell you things about Woodmont Country Club. In the early 40s and late 30s, Woodmont was in deep trouble, as all country clubs were during the depression. The first thing one sheds from his list of liabilities is a country club membership. Well, Woodmont were actively seeking members and they approached the Amity members who were being taken in, those that were willing to go in, for a fee of just a couple of hundred dollars. When it was offered to me, I just didn’t play golf and, to be candid, $200 was a big chunk of money. So I didn’t join, but a helluva lot of Amity members did join.

We also considered the purchase of the Bethesda Country Club, which in those days was up for sale. We also considered the purchase of club quarters. All those things have disappeared, as they normally do, because it takes a lot of scratch to build a club and house it on a basis where you’d have employees and so forth. So we never got around to doing what the Progress Club did.

It was not until about the middle 1960s that the Amity Club became ivolved with any substantial charitable gifts. Prior to that time, we did on an individual basis help an occasional member who faced adversity and I, myself, raised a lot of money to help out a member and we did for many years. We had a surplus that came from that event and it went into our charitable fund. We began assessing members a little extra money and finally we built it up to where we can give away, as you know, approximately $15,000 a year for worthy charities, when and if you ever get Joe Zupnik to approve it. But we became a little more public spirited at that time and, as you know, we sponsored an organization to help the blind and made some very substantial contributions to the Hebrew Home in the names of some of our deceased members.

At the moment I am inclined to think that when we got serious and left the play aspects of the Club and got into more serious speakers, such as Art Buchwald (if my recollection serves me right he appeared when you were the president)… We did have a number of men who were out scouting around and bringing in prominent speakers, but they’re now beyond reach; these guys are getting as much as $10-20,000 for a talk that you can listen to on the television so there’s no point in having them entertain the Club. Amity Club could easily become the number one club in the city by rverting to internal fun generated by its own members.

There’s much more I could say, but I’ve come to the end of the tape, so this will suffice. And that, my good man, are some of the recollections of Nate Brown of Amity Club. As you listen to the tape and find yourself in need of more detail about any event, please don’t hesitate to call me and I’ll go over any other matters that you may have an interest in, and can assure you that I know the sources where you can get accurate information.

One thought on “History” 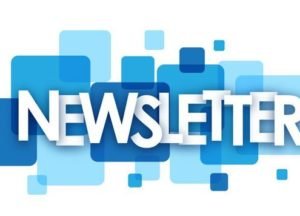